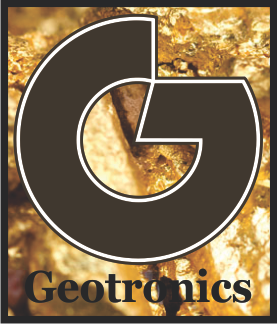 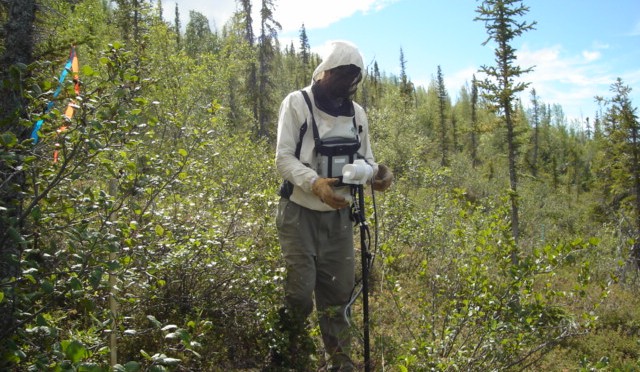 Magnetite and pyrrhotite may occur with economic mineralization on a specific property and therefore a magnetic survey may be used to locate this mineralization.

Different rock types have different background amounts of magnetite (and pyrrhotite in some rare cases) and thus a magnetic survey can be used to map lithology. Generally, the more basic a rock-type, the more magnetite it may contain, though this is not always the case. In mapping lithology, not only is the amount of magnetite important, but also the way it may occur. For example, young basic rocks are often characterized by thumbprint-type magnetic highs and lows.

Magnetic surveys can also be used in mapping geologic structure. For example, the action of faults and shear zones will often chemically alter magnetite and thus these will show up as lineal-shaped lows. Or, sometimes lineal-shaped highs or a lineation of highs will be reflecting a fault since a magnetite-containing magmatic fluid has intruded along a zone of weakness, being the fault.